Andrew Purkiss is a Zello-user from Mascot, Australia, and Applications Development Manager at TNT Express. Andrew and his team started with Zello back in October of 2011, adding 2,500 Zello Cloud licenses to existing Motorola rugged PDAs.

With express freight operations in 65 countries and an eye towards expansion, it’s hard to believe that TNT Express started in 1946 with just one truck. But it’s true—from the beginning, the company has relied on gutsy moves and of-the-moment innovation. Zello is one such example.

The Problem: No More Radios

Of course, the decision to move to Zello was not an easy one. Push-to-talk first became an option out of necessity, when new Australian legislation dictated a switch from two-way radios by the end of 2012. But in response to this challenge, TNT started thinking outside the box. Purkiss recognized even at the time, “There would have been more traditional ways of approaching that communications challenge—but we didn’t take the obvious choice.” 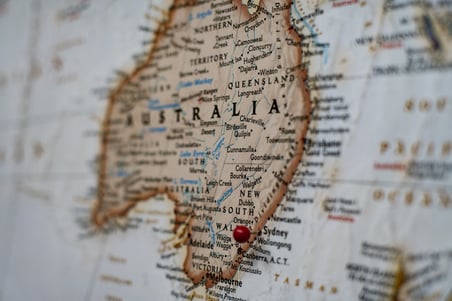 Purkiss knew he wanted something new that fit other communication challenges, like the ability to respond instantly to missed deliveries, overloaded drivers and bad addresses. But he also knew they needed something intuitive and quick to learn, the kind of app that drivers used to Motorola would buy into.

One of the most important qualifications was compatibility with long-standing rugged devices, already used for barcode scanning and signature-capture. Purkiss explains, “When drivers are walking to a premise to deliver freight, or when the scanner is in the hands of the customer to sign on the screen… they don’t want loud speech from their team leader booming through the building.” To fit TNT, Zello developer Alex Gavriolv quickly designed what Purkiss calls “an automatic ‘Do not Disturb’ so our drivers don’t have to worry.”

The Future of Push to Talk Down Under

Now that they’ve been using Zello in the field for a few months, Purkiss and his team are starting to think about integrating push-to-talk elsewhere.  “Talking to my supervisors, it could well take over communications within the operation,” says Purkiss, describing situations in which he could use Zello to contact a supervisor down the hall or a team leader stopping for coffee. Says Purkiss, “It’s probably worth saying that we were somewhat skeptical about push-to-talk as a technology,” but over the past three months, he and his team have found Zello a great fit: “It’s very intuitive. It’s very functional. If I want to talk to a channel, I can. If I want to talk to one of our drivers, I can. It’s very straightforward.”

Say ‘Ello to Zello in the Australian Outback and beyond.

How Zello Saves Lives on Campus