What's one big difference between 2-way radios and the Zello push-to-talk app for work teams? That's easy. It's Channels.

Radios, of course, have channels. Turn the frequency dial and you go from one channel to another. Talk on that channel, and anyone else on that frequency hears you.

But Zello is a piece of software that redefines push-to-talk. And as a result, its support for group communications is vastly more flexible and sophisticated than any radio's. 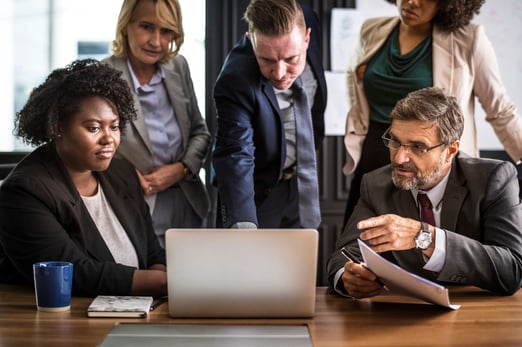 It's a private network.

An app that operates on Wi-Fi and cellular data spectrums, Zello gives users a private network. No one outside of the organization can listen in or talk over network conversations. This feature was instrumental in our winning the business of a global retailer with tens of thousands of store associates. These associates, previously equipped with radios, complained about the noise pollution from radios in nearby stores and warned that their ability to deliver a high-quality customer experience was threatened by the limitations of radios.

There's no limit on channels.

Most radios support a relatively small number of channels, which is not a problem for small teams. But as organizational size and complexity grow, radio channel constraints become a serious impediment to effective group communication. Zello, on the other hand, is not bound by radio frequency availability. Zello supports an unlimited number of channels. Each and every group can be accommodated.

Channel access among radio users is largely a matter of convention. People understand that particular channels are for particular groups or topics. With Zello, channel access is controlled by an administrator. If a Zello user is not an authorized channel member, that channel isn't even visible in his or her app. This offers obvious advantages around communication security and manageability.

When a radio is tuned to a particular frequency, the voice traffic on other frequencies goes unheard. With an app like Zello, a user can be tuned to multiple channels, and if authorized can participate in multiple group conversations at once.

Radio channels provide access to a frequency. Period. All radio channels are otherwise the same. Zello is an app, which means that it can support different kinds of channels. The implications are huge. Imagine being able to create a broadcast channel, where a single person is authorized to talk and every other channel member can - and if desired, must - listen. Imagine at the same time being able to create a separate channel where members hear only voice traffic that is intended for them.