You’d know if you had. With four terminals and seven concourses, it ranks as one of the busiest in the U.S. and one of the largest in the world. Flying in or out isn’t likely to be an experience you’ll forget soon.

“Zello fits perfectly [...] It allows our agents to communicate – and it also helps us save money”

How Airports Use Zello

“We use Zello mostly for our passenger services, which is primarily wheelchairs,” says Account Manager Tristan Nunnally. “In the airline industry, you have what’s called an ‘SSR,’ a Special Service Request.” The most common request is that PF Aviation have wheelchairs ready to escort handicapped passengers to and from flights.

According to Nunnally, “Zello fits perfectly” with that goal. “It allows our agents to communicate – and it also helps us save money,” says Nunnally, referring to the 300 voice plans PF Aviation eliminated after switching to Zello. But for Nunnally, Zello’s best feature is that it allows him to “customize it and set up channels for our airports.” Over the past year, PF Aviation has created channels for airports that include Washington Reagan, Omaha, Philadelphia, La Guardia, West Palm Beach, Kansas City and more. Each time their wheelchair services expand, "All I have to do is add more users and I can break everything down the way I need. I have control. It’s very flexible.” 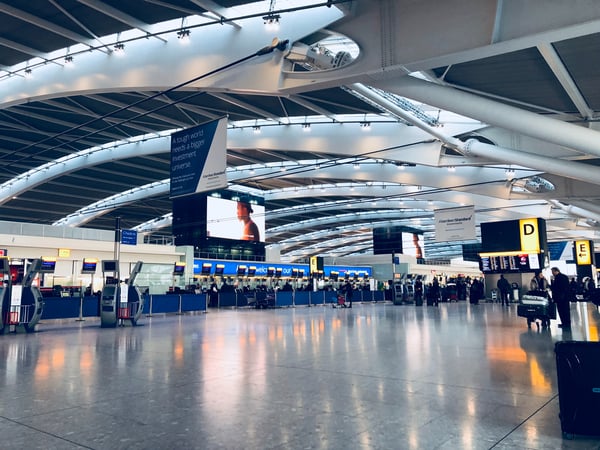 Why Airports Use Zello

In aviation services, flexibility is key. Says Nunnally, “We usually know in advance how many wheelchairs are coming on and off [a plane], so we know what to expect.” Unfortunately, to err is human, and the wheelchair count is not always accurate. Nunnally relates, “One time in particular we were told there were four wheelchairs on the flight, but instead of four… it was fourteen.” The dispatch team Zello-ed the update instantly and assembled forces to track down the rogue wheelchairs.

“Our dispatcher was able to contact four terminals with the click of a mouse. Via traditional 2 ways or Nextels, she would have had to solicit assistance via four different radios or phones. It would have been possible, but not as expeditious or easy,” explains Nunnally. “This way, everybody heard the call and could response. Zello made that possible.”