In 2017, Lor Dykes lived along the Texas Gulf Coast, working as a realtor and keeping up with her bustling family of 4 great danes, a bulldog, another mixed-breed dog, and 8 cats, plus 2 kids (ages 11 and 21), and one proud husband. Then Hurricane Harvey made landfall in Texas.

Though her house and neighborhood were mostly spared, the region’s devastation was everywhere she looked: downed trees, neighborhoods flooded, neighbors trapped. She was feeling pretty devastated and helpless. She had a gut feeling that Hurricane Harvey was going to be bad, so she actively searched for how she could help.

Even though she lived five hours drive from Houston—one of the worst-hit cities—and even though she didn’t have a water vehicle or boat, Lor was determined to make a difference. She found a news article about a group called the Cajun Navy that used an app called Zello to coordinate rescues. Within 24 hours of signing up to work with the organization, Lor became one of their main dispatchers. It was her job to find people at risk of drowning in the floodwaters and send rescuers to try to save them.

Lor remembers talking over Zello with a mom who had a 9-month-old baby boy. “The mom had to hold the baby above her head to keep him out of the water. At first, emergency response couldn’t get in. There was nothing we could do until later that night when the strength of the hurricane receded a bit. We were finally able to get two guys in there by boat to rescue them,” she says. “It was amazing to help people I didn’t even know.”

This experience helped Lor realize what a difference she could make. That’s when she began working with CrowdSource Rescue (CSR), an organization where neighbors let their neighbors know they need help during emergencies via the CSR website. CSR plays an especially critical role when 911 gets overwhelmed during major disasters.

Since joining CSR, Lor has helped rescue thousands of people from hurricane flood waters, all while sitting on her living room couch. As the CSR operations lead and a dispatcher, she puts in 15 hours a day, every day, including weekends. When I ask Lor how she can dedicate so much time to volunteering for CSR, she tells me that she does all the regular parenting things, too—shopping for groceries, helping her son with homework. But thanks to Zello, she’s able to do her CSR work from home. 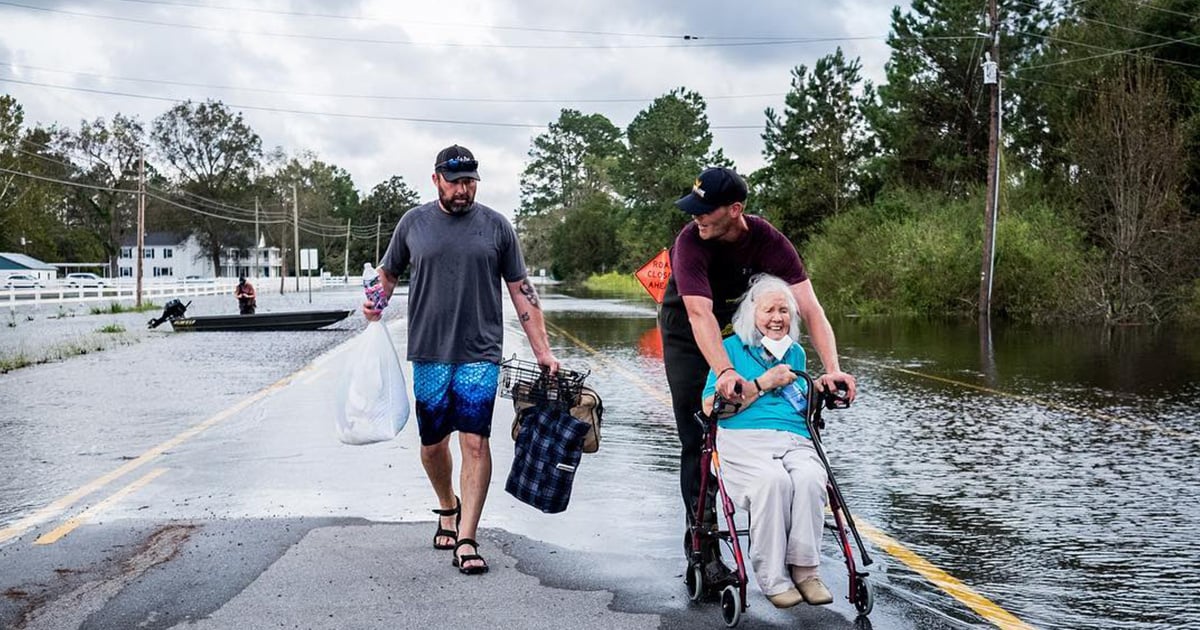 “I have two phones and Zello is literally never off on either one. My typical day starts at 7:30am. Someone might pop onto the website at midnight and fill out a form so I’ll submit a ticket. I’ll work til 4am,” she says. “I’m sleeping but I don’t shut Zello off. It’s like when you have a brand new baby, you hear when they move. That’s Zello to me.”

Lor says her favorite thing about Zello is the instant voice communication.

“We could text or use Facebook Messenger to communicate with our volunteers, but it’s different when you hear the urgency in someone’s voice,” she says. “It’s instant. You don’t have to call. With Zello, you just push the button.”

Lor helps rescue people and animals from flood waters. She works logistics to ensure that CSR volunteers are safe, as they tear into roofs to get people out of flooded homes and as they deliver food and water. She also attends FEMA meetings in order to get resources that may help people.

“At the end of the day,” says Lor, “all I’m really doing is talking on Zello on my phone, and most likely, I’m in my pajamas. Honestly, without the amazing volunteers we have who help after working a full day at their own jobs, without the dedicated dispatchers and my own daughter who does so much, and especially without Zello, CSR couldn't be doing any of this.” 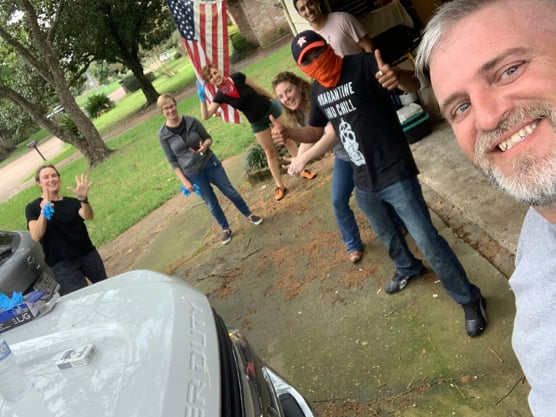 During Hurricane Maria, family members who lived on the US mainland frequently contacted CSR to request help for their relatives in Puerto Rico. It was Lor’s job to coordinate the rescuers, telling the volunteers on the ground who needed assistance and then helping them navigate to the exact location. As they drove over barely passable roads, heading from one side of the island to the other, the volunteer rescuers would communicate with Lor via Zello.

“A lot of Puerto Rico is very rural, and it was difficult for the CSR rescuers to get to the people who needed help,” Lor says. “It was easier for our rescuers to contact me on Zello than to give me a call.”

During Hurricane Maria, there were a lot of medical rescues because the hospitals were not up and running. “We literally covered every inch of that island and the islands around it,” she says.

Lor is so addicted to her work that she won’t stop for anything. In her work as a realtor, she keeps Zello on when she’s showing homes. In 2018, there was a major flood in the Rio Grande Valley, where Lor lives. Even as her house started to flood, she was still on Zello dispatching help to her neighbors in need.

And when I talk to her via Zoom today, Lor is quarantined in her bedroom due to COVID. Her throat hurts. Her eyes burn. Still, she’s determined to continue her important work.

These days, during the pandemic, Lor coordinates CSR’s efforts to deliver food to hungry people throughout Texas. Even if the food banks have food, she tells me, people are afraid to go out to pick it up; they might not have a car, and may not want to take public transportation because of the virus.

CSR now has two buttons on the COVID page of the website. One says, “I need food,” and the other says, “I can help.” There is a Texas map with location tags for every person who has requested help on the site. A volunteer can go onto the site and click a tag in their own neighborhood. Instantly, they’ll get a ticket number for the request and the name of the person who needs food. After the volunteer accepts the ticket online, they’ll communicate with dispatch via Zello to get the exact address of where to pick up and deliver the food.

This is a huge operation! So far, 2,189 people have volunteered with CSR during COVID. And as of October, 2020, CSR has delivered 634,296 meals. As the operations lead, Lor handles all of the logistics that make this possible from her home.

“Just today we have 500 requests,” she says. “And every time there’s a certain holiday we have to prepare for more requests, because the food banks might be closed.” When the federal relief for COVID ran out, people had less money for food and sure enough, CSR saw a spike in requests, especially from senior citizens.

I ask Lor why she’s so dedicated to CSR and she says, “We get to help people we don’t know.”

Lor tells me that the people who succeed at CSR don’t need thank yous.