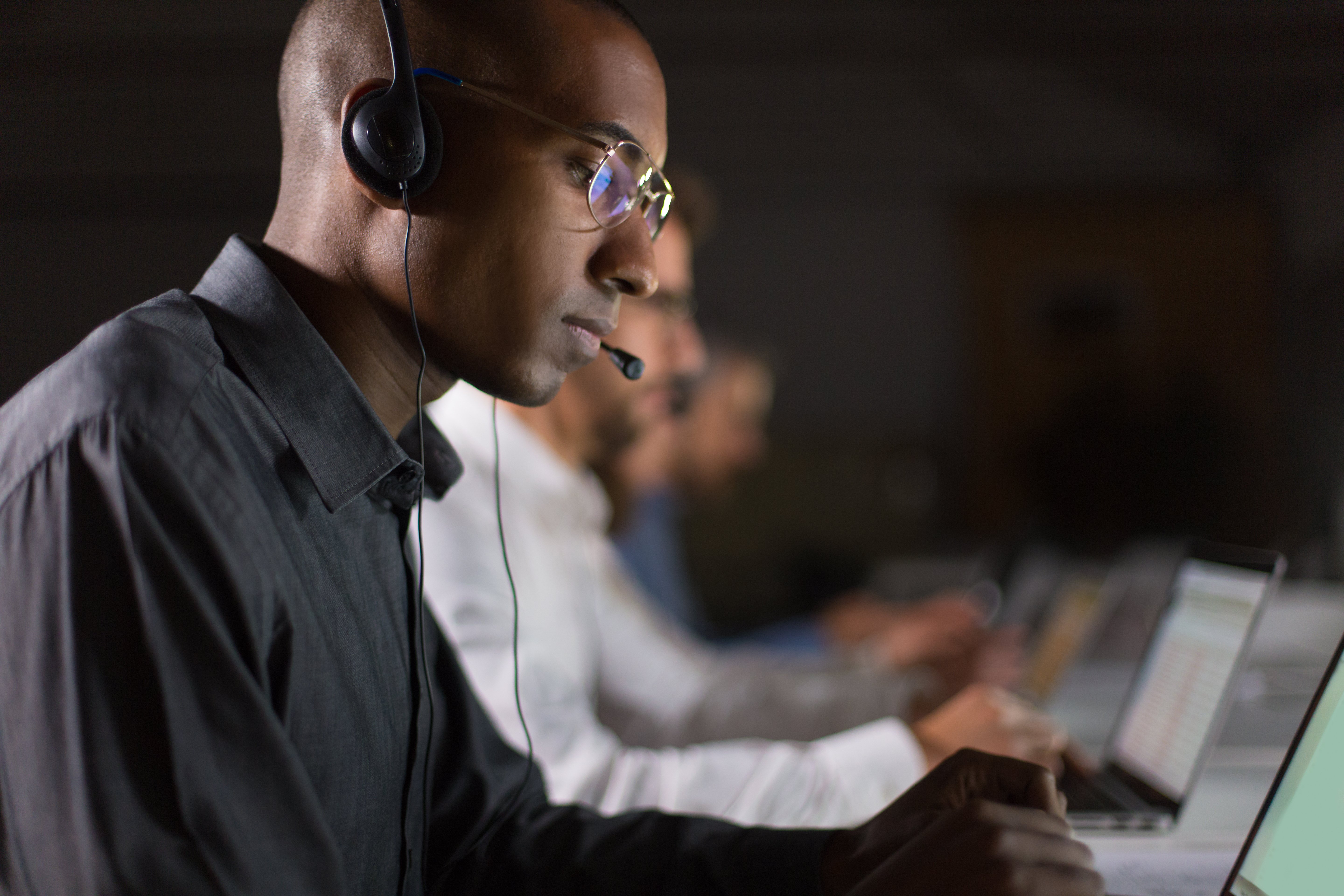 LafargeHolcim is a global leader in building materials. When the company sought to increase dispatcher efficiency and driver safety for its 360 ready-mix concrete drivers in the Dallas Fort Worth area, it partnered with Zello.

The management team realized that Zello would not only save them money on the frontend, but also would provide increased efficiencies for dispatchers and drivers on the backend.

All the drivers who service 19 ready-mix concrete plants in the area, plus seven local dispatchers, were trained on how to use Zello. LafargeHolcim already had its own proprietary app called ConcreteDirect that was developed in-house and used to track orders and deliveries.

By integrating Zello into ConcreteDirect, drivers now had a safe way to communicate with dispatchers, while cutting down significantly on the chatter that comes with a typical two-way radio system. From the dispatcher perspective, it was now possible to send individual messages to precisely the person or groups they wanted to reach.

Phil, a dispatcher with the company, reported, “The biggest feature I like about Zello is that I can talk to an individual driver. I don’t have to fight a hundred other drivers trying to tell somebody, ‘Hey, you need to turn around and go back two blocks.’”

And because it’s often quite loud in the trucks, the dispatchers could now replay messages left by drivers, if necessary, to be sure they heard it correctly. The partnership was so successful, Zello is now rolled out to 1600 LafargeHolcim trucks across North America, and those numbers keep growing.

Ken Wooden works in dispatch, driver support, and operations at Crossroads Courier, a warehousing and delivery company with more than 400 drivers. With drivers delivering everything from Dell computers to life-saving blood for transfusions, dispatchers are careful to work as efficiently as possible.

Dispatchers at Crossroads Courier rely heavily on Zello’s real-time location tracking feature to maintain awareness of their drivers are. This not only helps guide drivers to make on-time deliveries, but on several occasions, it’s also saved lives.

When Ken gets into work, the first thing he does is check the Dispatch Hub and see where his drivers are on the map. Not too long ago, Ken noticed a driver’s car was located in a tow yard and not moving. He tried to contact her via push-to-talk but didn’t get a response.

Ken kept watching the driver’s car with the real-time location tracker and saw it wasn’t moving, so he called for help and was able to direct the ambulance to the exact location. It turned out the driver had been in a wreck. Thanks to Ken’s keen observation, the Zello’s Dispatch Hub, and local EMTs, the driver was successfully rescued.

Ken says, “Zello has helped numerous times with locating drivers, helping drivers out, seeing where they’re at in real time. It’s been a lifesaver sometimes.”

With Emergency Alerts available through Zello, the Crossroads Courier drivers can also press a panic button to transmit their location data along with a high-priority alert to dispatch. In this way, frontline workers are never truly alone.

Read more about how the dispatchers at Crossroads Courier use Zello to keep drivers safe.

Ultimately, for any business, efficiency is critical. Any time a driver is waiting on the side of the road for their next assignments represents lost revenue for companies.

In the concrete business, this is especially true.

On the ready-mix concrete side of the business there’s extra pressure to make deliveries on time because the concrete is perishable and can only last 1-2 hours in the trucks before it’s poured.

And even though the supplies on the aggregates side of the business aren’t perishable, dispatchers like Blair still feel pressure to maximize the number of deliveries each driver makes in a day. ​​

Zello ensures that the team is reliably in touch so when any changes arise, dispatch is instantly able to reshuffle the schedule and communicate new routes to drivers.

“I wish I had Zello at my last job,” Blair says. “It makes communication a lot easier. It’s a quick, simple way to get in touch with our drivers.”

Every day the dispatchers at Chaney Enterprises work to solve the puzzle of how to maximize successful deliveries to customers. In this environment, ease of communication with drivers is essential.

“The drivers need to pay attention, because we’re constantly changing their schedules for the day,” Blair says. “We might get a new order and then we’ve got to get in touch with the driver immediately and say, ‘Hey, we’re going to send you this direction because it makes more sense now.’”

Zello helps Blair and other dispatchers instantly reach the drivers while they’re still on the road; because of Zello’s push-to-talk technology, drivers can safely talk to dispatch and get revised routing without needing to pull over.

Read more about how the dispatchers at Chaney Enterprises optimize efficiency of deliveries with Zello.

Prior to using Zello’s Dispatch Hub, Carey’s drivers would need to reach out to individual dispatchers when they completed an assignment and were ready for the next one.

Eric wanted a solution that would even out call distribution, decrease missed calls on both sides—to drivers and to dispatch—and improve the overall efficiency of the company.

Once the company enabled Dispatch Hub software on its desktops, phones and microphones, Carey chauffeurs no longer placed calls to individual dispatchers; instead, all calls go into a call queue Dispatch Hub.

Because Dispatch Hub provides a centralized call center, any available dispatcher can respond, and they are able to respond to the most urgent calls first. Also, managers can easily supervise the overall flow of all incoming and outgoing calls.

Eric says that using Zello’s Dispatch Hub has saved the company money by helping chauffeur connect more quickly with dispatchers. Chauffeurs prefer calling into one channel rather than redialing individual dispatchers until they receive a response.

In fact, Carey was so pleased with the results, they rolled out usage of Zello for their subcontracting services with other operators, shuttles, and limos to report drop-offs and to locate chauffeurs. And customers appreciate the timely pick-ups and drop-offs.

Read more about how Carey Limousine is using Zello to improve communications between dispatchers and drivers.

Using Zello is a win-win for both dispatchers and drivers. Dispatchers can prioritize workflow,  answering calls in the order they come in. With the Zello Dispatch Hub, they will never miss a call in the queue.

And better yet, with dedicated channels dispatchers can easily reach the specific drivers they need to communicate critical information without fighting radio fatigue.

Drivers using Zello have an easy way to access dispatch without fear of their messages getting lost, and without having to pull over to the side of the road to safely place a call. Instead, the push-to-talk technology allows the drivers to contact dispatch with the touch of a button on their mobile phones, while they stay on the road.

What drivers really love though is knowing that dispatch has their backs should they run into trouble. When dispatchers use Zello’s location tracking and emergency alerts, their drivers are never alone on the frontlines.