In the 21st Century, the Internet controls almost everything: banks, government systems, schools, universities, and work -- to name just a few. Need to read the news? Check social media. Need to withdraw money from your bank account? Find an ATM. Need to contact family in a different country? Send them an email or a message online.

We rely on the Internet so much that in 2016, the United Nations condemned the disruption of Internet access by governments. They passed a resolution affirming that “the same rights people have offline must also be protected online.” In a list of guidelines used to periodically review countries around the world, the UN lists as many Internet-related recommendations as food and water-related recommendations. The world now sees Internet access as a basic human right.

So why would a government stop its citizens from getting on the Internet? Put simply--because people with Internet access have access to the outside world. That, in turn, empowers them to have a voice. People with a voice speak out against injustices, and when that happens, whoever controls the most cyberspace at the end of the day wins.

That’s why social media has powered three political revolutions in this decade alone. One of them is happening right now--

government is currently led by Nicolás Maduro, whom many feel won his reelection through corruption, voter suppression, and fraud.

In the attempt to stifle coverage of illegalities and corruption within his government, Maduro seized control of all TV and print media outlets in Venezuela. He also directed the blockage of various news and social media outlets on the Internet, such as Google, Wikipedia, and Twitter. Zello was also blocked in 2014, but with the help of tech-minded Venezuelans, was able to circumvent the government block and remains available to Venezuelans to this day.

Since the government controls the news, Venezuelans rely heavily on social media and anonymous, secure applications like Zello to exchange news with each other and to communicate with the outside world. Using various Zello channels, Venezuelans share uncensored news and real-time events.

Five years has elapsed since the original opposition protests began. Venezuelans are still organizing themselves on our app. They coordinate protests, locate resources such as medicine and food, and build strong relationships using our channels. The most active channels include “Rebeldia Civico Militar Vzla,” “Venezuela Hasta los Tuetanos,” and “Venezuela..Libre.” Combined, the three channels have over 150 thousand subscribers. They not only enabled Venezuelans to speak with other citizens in their country. They also made it possible for Venezuelans to make contact with people outside of Venezuela itself.

Since these Zello channels are cross-promoted through Facebook, Twitter, and podcasts, the international outreach and support has been immense. To read more about how Zello is saving lives in Venezuela, read our interview with the owner of the Venezuela Hasta los Tuetanos channel. 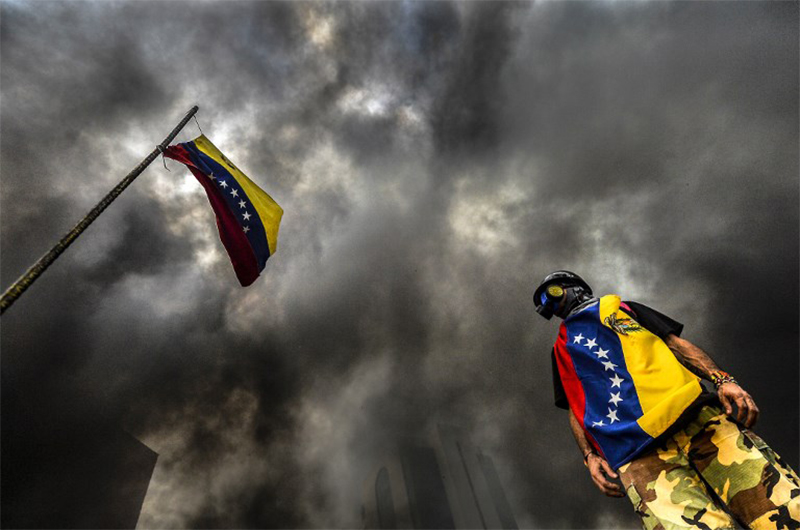 In 2014, citizens of Hong Kong protested against an unfair election process in China. They camped in streets and public parks. When police used tear gas to try to force them to leave, the protesters used umbrellas to defend themselves from the harmful gas. That’s how the “Umbrella Revolution” was born.

When images appeared on the Internet, the social media universe exploded with tweets, likes, and shares. For example, Twitter recorded more than 1 million tweets with the #UmbrellaRevolution hashtag between September 26-30 alone. Thanks to social media, the Umbrella Movement gained international awareness. There was even a Google Doc spreadsheet that people used to organize donations to the protestors. This revolution was truly powered by social media.

During the Arab Spring in 2011, a pro-democracy revolution spread across the Arab world. People organized protests using social media to highlight the injustices they faced. Hashtags like #ArabSpring, #Libya, and #Egypt went viral, with hundreds of thousands of tweets. The protestors used early versions of Zello to coordinate large scale demonstrations.

These protests were among the first major political events powered by social media. They foreshadowed the important role the Internet would play in later revolutions, like in Hong Kong and Venezuela.

Our mission at Zello is to empower the human voice. We are proud that people around the world use Zello to spread news, connect with family and friends, and make their voices heard. Make your voice heard, too, by sharing your thoughts and tagging us on social media: Twitter & Facebook.